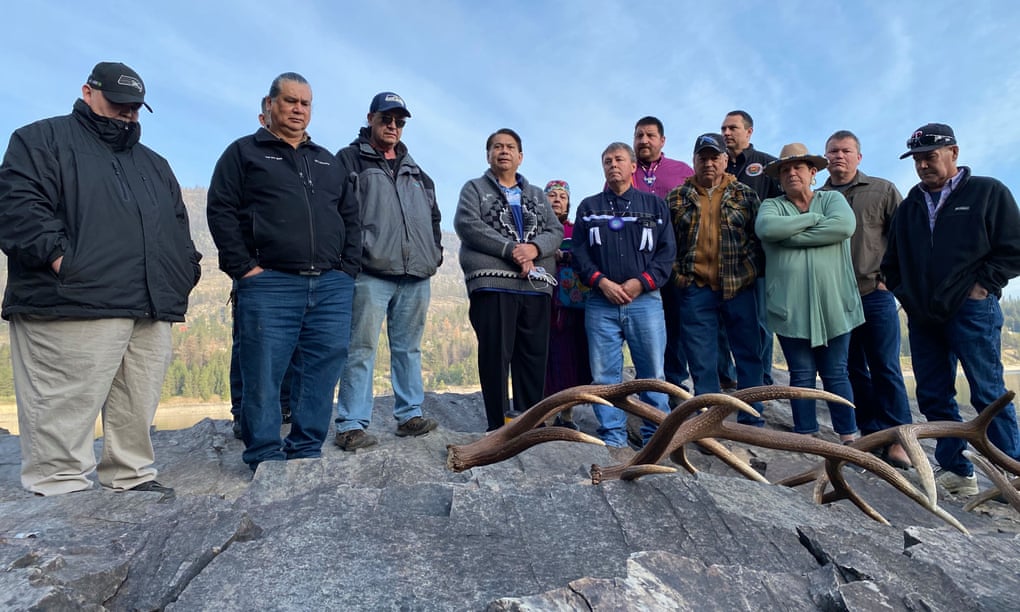 Canada’s highest court ruled that that Rick Desautel and the 4,000 other members of the Colville Confederated Tribes in Washington state were successors to the Sinixt. Photograph: Shelly Boyd

The Supreme Court of Canada has recognized the existence of the Sinixt in a landmark decision that could lead the way to rights, reconciliation and acknowledgement of a lost history.

Richard Desautel, a Sinixt resident in Washington State, shot an elk near Castlegar, B.C. in 2010. He was arrested and charged with hunting out of season and as a non-resident.

But his case, and now victory at Canada’s highest court following a 7-2 decision, was about more than hunting rights. It acknowledges the Sinixt as a people 65 years after they were declared extinct in Canada by the federal government.

“This is not only just for me,” Desautel told the Nelson Star following the decision Friday. “It’s for my family, for future generations.

“This is just the opening of the door. And as I’m looking at my grandchildren, I’m telling you this is for you, and I’m laying this down for you. But when you get older, you’re going to have to lay more groundwork for your grandchildren.”

Desautel was previously acquitted in B.C. Provincial Court in Nelson, B.C., on aboriginal rights grounds in 2017. The province twice appealed the decision, first to the Supreme Court of B.C. and then to the B.C. Court of Appeal, and lost both times with the judges in each hearing siding with Desautel.

The province then appealed the matter to the Supreme Court of Canada, which heard legal arguments in the matter in October before releasing its decision Friday.

Murray Rankin, B.C’s Minister of Indigenous Relations and Reconciliation, said in a statement the province will now need to determine how the ruling impacts its policies.

“As always, our government remains committed to creating and maintaining strong relationships with Indigenous peoples – one based on respect and the recognition of rights,” said Rankin.

“We will continue to work hard to move reconciliation forward – I’m excited to continue that work.”

The central question the court considered was whether people who are not Canadian citizens and do not reside in Canada can exercise an Aboriginal right under the Canadian Constitution.

One of the issues was the definition of “Aboriginal peoples of Canada,” as the term appears in Section 35 of the Constitution. This is the first time the Court has interpreted this phrase.

The majority of the judges said that “Aboriginal peoples of Canada” means the current descendants of societies that occupied Canadian territory at the time of European contact, even if those societies are now located outside of Canada.

The judges accepted the 2017 findings of the BC Provincial Court trial judge that Desautel’s group, the Lakes Tribe, is a successor group of the Sinixt people in Canada at the time of contact, and that the group’s territory included land that is now in Washington and B.C.

The judges agreed that hunting in what is now Canada is a continuation of a historical Sinixt practice, stating that there is essentially no difference between the pre-contact practice and the current one.

Desautel’s lawyer Mark Underhill told the Nelson Star that one of the most important aspects of the decision is the court’s recognition that the Sinixt, in their exodus to Washington State in the early 20th century, were forced out of the Arrow Lakes area and did not leave voluntarily.

“To have that recognized obviously means a lot to the Sinixt and to other Aboriginal people,” he says, “that your rights are not going to depend on the forces of colonialism and whether you were forced out of your territory.

“The Court said, no, rights aren’t going to work that way. And that is, at its simplest, what this decision is about.”

“So they are not extinct.”

Please see original page if video does not load

Groups recognized as Indigenous people in Canada have a right to be consulted by governments and industry about proposed activities and changes on their traditional territory, including such things as forest licences, mines, dams, and recreation tenures.

Asked what might happen if the provincial or federal government does not consult the Sinixt on such things, which they have never done in the past, Underhill said, “They don’t have any choice now.”

Rodney Causton, chair of the Colville Confederated Tribes, said he is committed to working closely with Canadian governments on all levels.

“We don’t want to stop all development,” he said. “But once you destroy cultural resources, or our ancestral grave sites, you can’t turn that back around again.”

Cawston said a large crowd of Sinixt people gathered early Friday morning at a historic fishing site on the Columbia River, waiting for notification of the decision.

“We wanted to gather in prayer, prior to the decision,” Causton said, “and we sang some of our songs. … So, a very good day for us today.”

When Desautel of Nespelem, Wash., crossed the U.S.-Canada border to shoot an elk in 2010, it was part of a long-term plan to achieve acknowledgement from a country that had abandoned his people decades prior.

Desautel said he did not try to hide from the B.C authorities, and in fact wanted to start a test case for what he saw as his Indigenous right to hunt for food, social and ceremonial purposes on what he saw as his traditional territory.

“I figured this was the way to do it,” Desautel said following the Supreme Court decision over a decade after he shot the elk. “To do it the traditional way, to say we’re coming up there to practice the same traditions that our ancestors practised. And if you can’t let us do that, throw me in jail.”

He was charged with hunting without a licence and hunting big game as a non-resident, and was tried in a provincial court room in Nelson in September 2016.

Because Sinixt traditional territory spans from south of the border near Kettle Falls, Wash., north through the West Kootenay to the Revelstoke area, Desautel said has a right to hunt in B.C., which he has been doing since the 1990s.

In 1956, the federal government, asserting that all Sinixt people in Canada had moved to the Colville Reservation in Washington in the previous decades, declared them extinct in Canada. Since then the group has had no status under the Indian Act and has been excluded from treaty, land claims, and consultation processes by both the federal and B.C. governments.

During the three-week trial in 2016, Crown prosecutor Glen Thompson and Underhill agreed that there was no dispute over certain facts of the case: Desautel shot an elk near Castlegar, he had no hunting licence, and he is not and has never been a resident of B.C.

What was under dispute, however, were his rights as a Sinixt person and whether such rights exist at all in Canada.

Underhill argued in court that a “rights-bearing community” of Sinixt people existed in Washington and in the Arrow Lakes areas of southern B.C. before contact in the early 19th century, and that it continues to the present day.

He said that hunting remains central to the culture of the Sinixt and that it is an integral part of their continued cross-border connection.

In addition to several Sinixt Elders, witnesses for the defence included Richard Hart, an expert in the ethnology and history of the area, and Dr. Andrea Laforet, an expert in ethnology and the genealogy of the Interior Salish people who has mapped the family trees of Desautel and many other families in the Okanagan and Washington.

Underhill argued that the Sinixt’s move to the United States in the early 20th century was a result of provincial and federal government policies that led to their persecution including violence by miners and settlers.

Thompson meanwhile called witnesses to show that Desautel is not covered by Section 35 of the Constitution, which sets out the definition of Indigenous rights and who is covered by them.

He also argued the Sinixt people’s move from B.C. to Washington in the early part of the 20th century was voluntary.

Thompson said the defence had failed to objectively show that a Sinixt diaspora has existed on both sides of the border, and he said that Sinixt success in this case would threaten Canadian sovereignty.

But Judge Lisa Mrozinsky sided with the defence and acquitted Desautel in March 2017, finding that he had an Indigenous right to hunt in the Sinixt traditional territory and that the B.C. hunting laws he was charged with are an infringement of that right and therefore unconstitutional.

She ruled that Sinixt hunting rights in Canada have endured to the present day and that even though he did not live in Canada, Desautel was part of an Indigenous rights-bearing group under the Constitution of Canada.

The Supreme Court of BC and the BC Court of Appeal

The provincial government then appealed the case to the B.C. Supreme Court and lost.

In a December 2017 decision, Justice Robert Sewell wrote, “Aboriginal rights are grounded in prior occupation of the land before contact … I therefore conclude that the fact that Sinixt people … are now resident in the U.S. does not preclude them from being considered to be an aboriginal people of Canada.”

The province appealed again, this time to the B.C. Court of Appeal, on the grounds that Mrozinzki was mistaken in including the Sinixt as Indigenous peoples of Canada as defined in the Constitution, and that she erred in her interpretation of the case law that defines Indigenous rights, and on the rightful effect of the U.S.-Canada border on the Sinixt.

In dismissing the appeal, which was heard in April 2019, Justice Daphne Smith said hunting in what is now British Columbia was a central and significant part of the Sinixt’s distinctive culture before European contact and remains integral to the Lakes Tribe.

The Supreme Court of Canada

The next and final appeal possibility after the B.C. Court of Appeal was the Supreme Court of Canada. 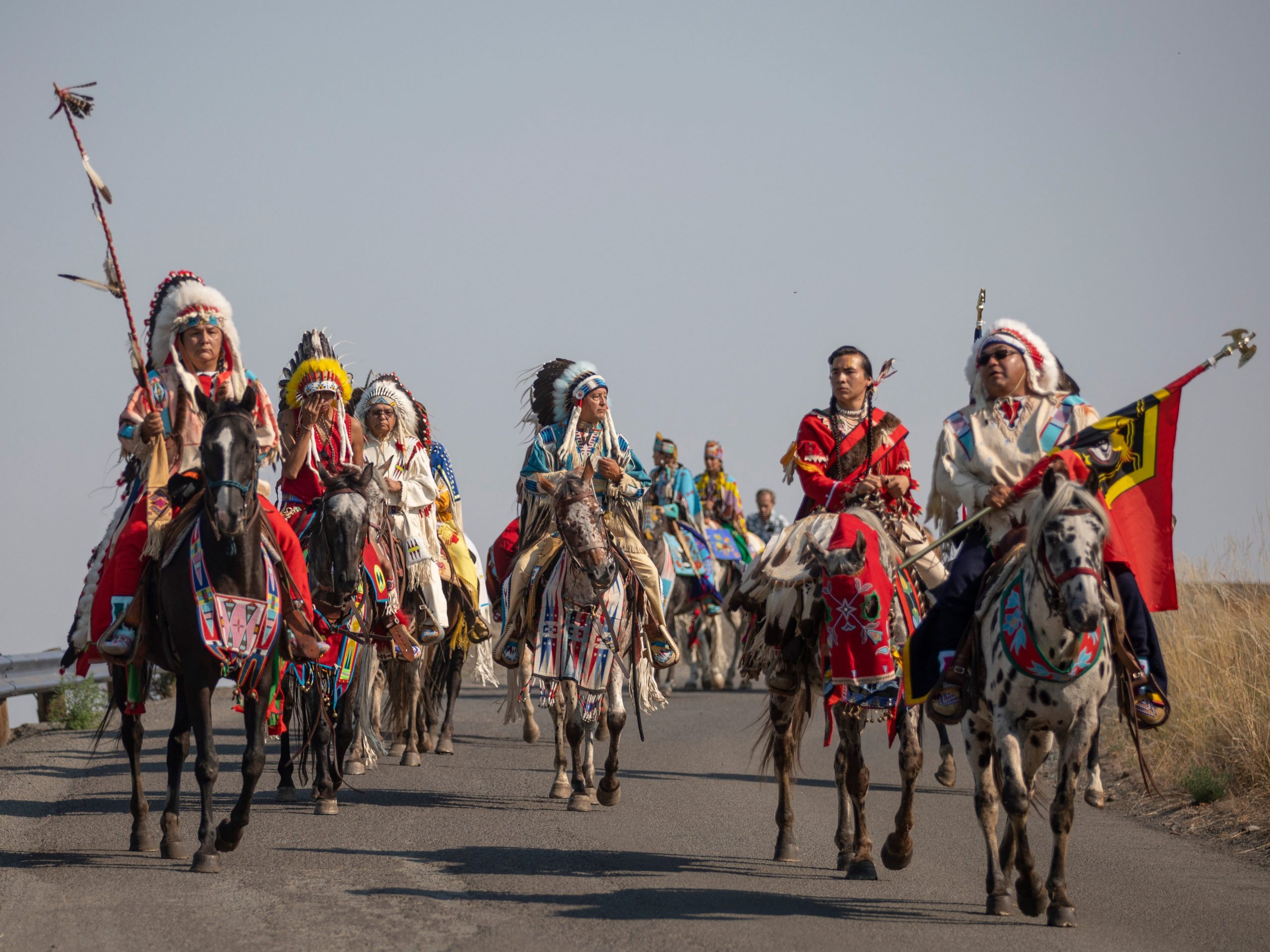 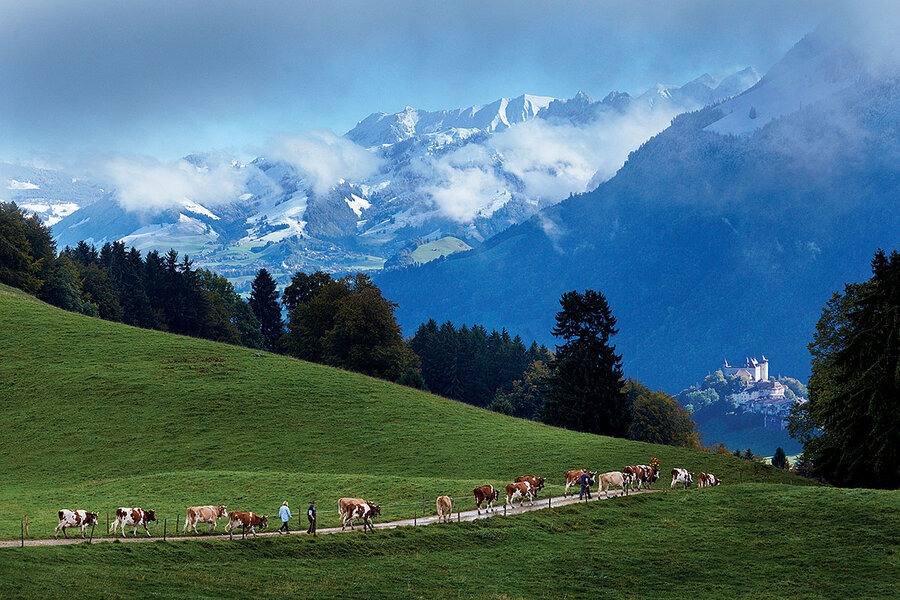 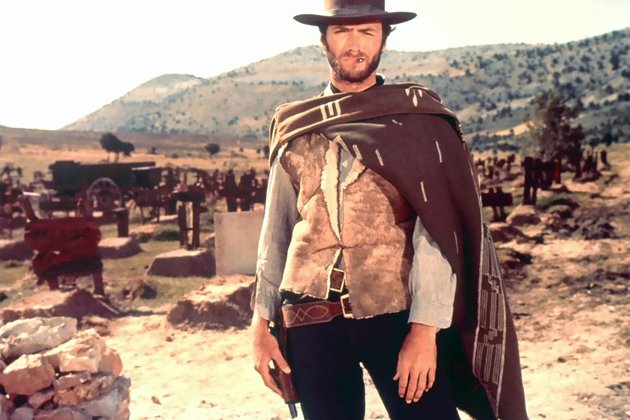 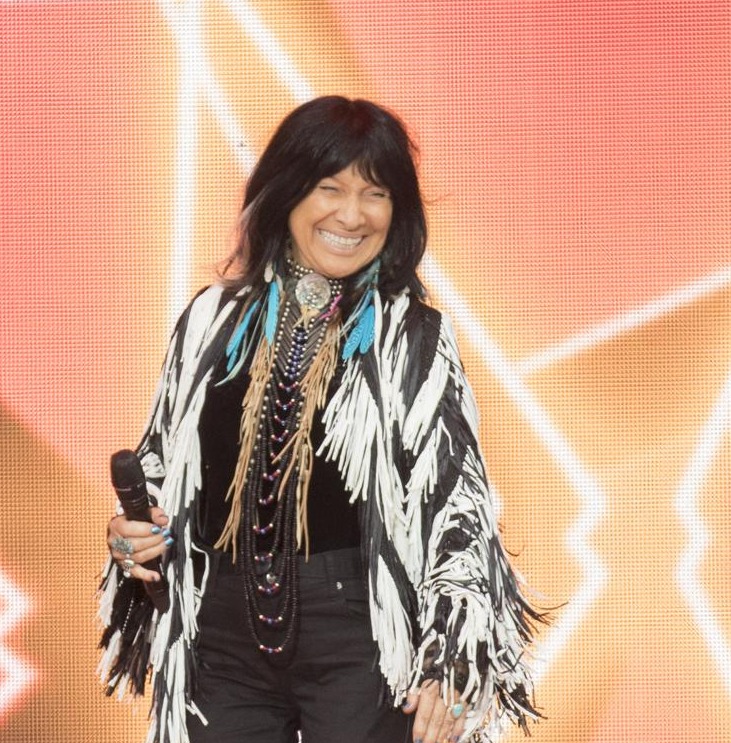 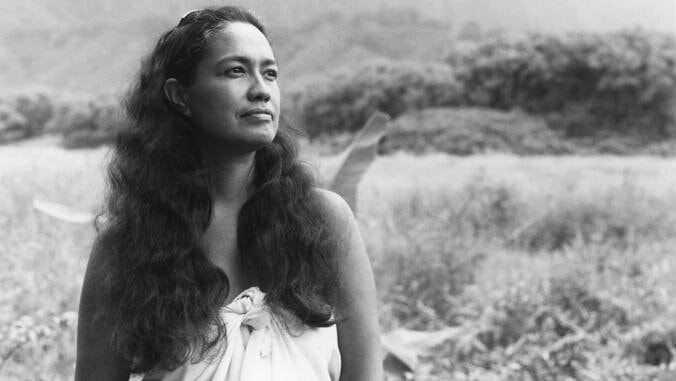 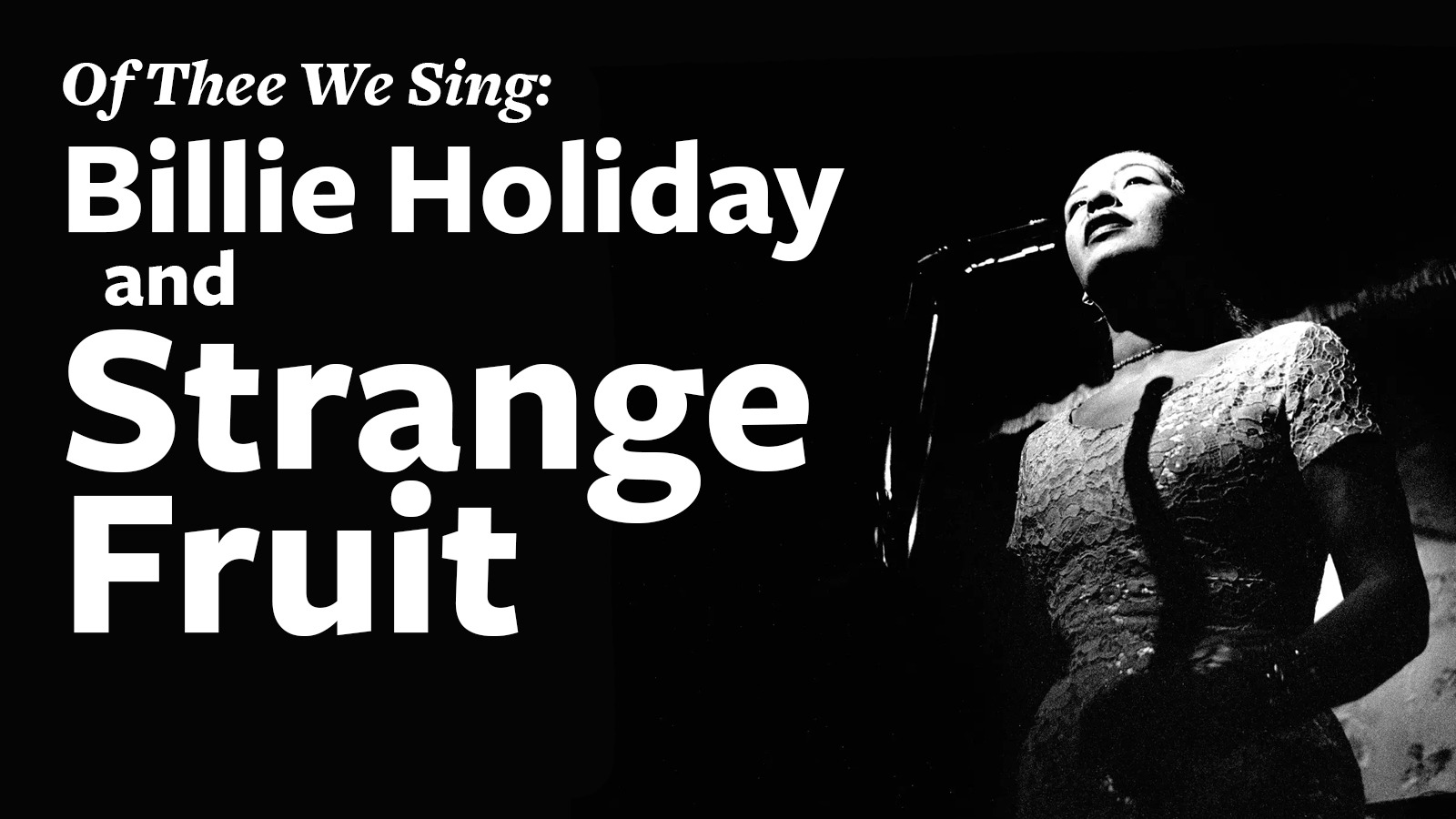