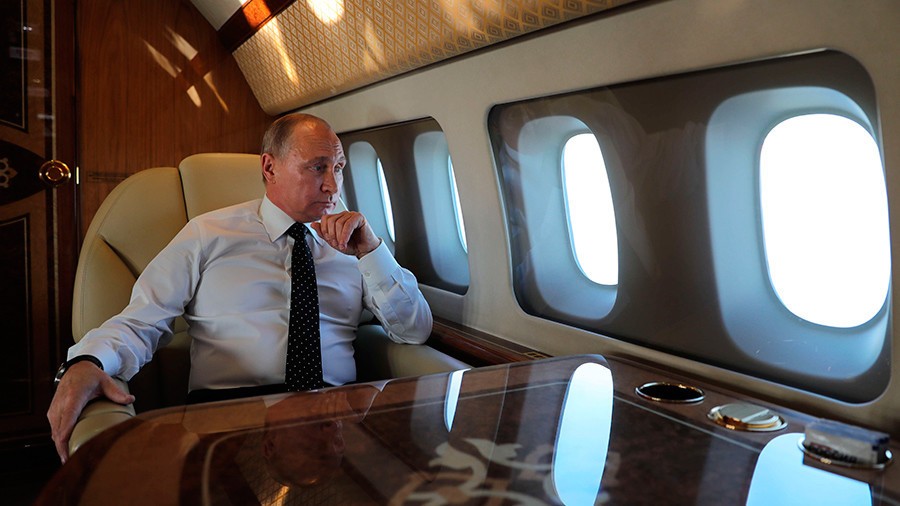 Jack Sweeney is the aviation enthusiast who turned down Elon Musk’s money to stop tracking his plane’s movements.

Photos in the gallery are said to include rare photos from inside one of Putin’s private jets.

Jack Sweeney is an aviation enthusiast who found himself in the crossfire – and the international headlines – when one of his bot-operated Twitter accounts went viral.

It tracked Elon Musk’s private jet in real time, posting information like take-off and landing times, flight duration and, as of late, the carbon footprint of the entire flight, including fuel consumption.

In January this year, Sweeney told autoevolution that his goal behind the page was to gather publicly-available data and present it to the public as a means to track business moves.

Elon Musk himself reached out to Sweeney to ask for the account to be shut down because it posed serious security risks, but he eventually canceled his request when Sweeney asked him for more money.

Sweeney never stopped working on his bots – at the time, he had 15 of them, each assigned a different private jet – and he’s added to the “collection.” He’s now offering tracking for Russian oligarchs’ private jets and helicopters, including Putin’s.

Sweeney’s bots read data on ADS-B Exchange, which is transmitted from the ADS-B transponders on all aircraft. Data from certain private aircraft is not displayed on the FAA tracking list in full, but if you synchronize specific details from ADS-B Exchange with anonymized FAA flight plans, you get real-time readings about all the flights you’re interested in.

It’s all public data and it’s perfectly legal, Sweeney has been saying all along – though many have raised doubts about the morality of it all.

Ethics questions have gone out the window with the news that tracking is now available for Putin and his fellow comrades’ jets. Sweeney tells Bloomberg that he’s tracking Putin, Vladimir Potanin (the richest man in Russia), Roman Abramovich, and Alexander Abramov, and that the private aircraft of these people make other rich people’s private jets feel small by comparison.

It’s all for fun, though. And it’s not terribly accurate either, since ADS-B coverage “isn’t great in Russia.”

Colby Howard, president of Paragon Intel, says for the same media outlet that tracking private jets is almost like “a form of paparazzi” of plane watching with no actual value in terms of providing intel.

There is context to the data, which means informational content is close to nil: until you know who’s on board the plane or what it’s carrying, the fact that it took off and landed means almost nothing. Musk’s Jet Tracker not so keen on him owning Twitter US paid millions to send Starlink terminals to Ukraine Doomsday Architecture: Your Guide to Life in the Almost-Hereafter