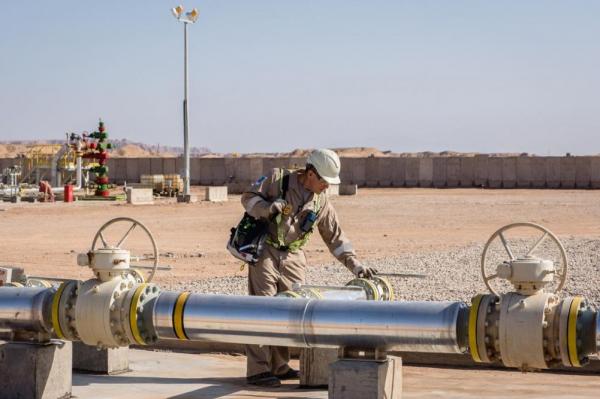 Gazprom Neft said nearly 2 million barrels from the Badra oil field in Iraq is on its way to the United States.

Photo: The Iraqi subsidiary of Russian oil company Gazprom Neft said a shipment to the United States is its largest ever to a foreign country. Photo courtesy of Gazprom Neft

Sept. 20 (UPI) — In its largest maritime shipment to date, a Russian oil company said it dispatched nearly 2 million barrels of oil from an Iraqi oil field to the United States.

Russian oil company Gazprom Neft, which operates the Badra field in southern Iraq, said the 1.78 million barrels dispatched to the United States on the New Solution tanker represents the largest maritime shipment ever to a foreign country from its Iraqi subsidiary.

The company said it was, however, the second batch of oil from the Iraqi field sent to the United States, but this was the largest. The 12 shipments before these were sent to European and Asia-Pacific markets.

The U.S. balance between supply and demand was upended following Hurricanes Harvey and Irma. For the week ending Sept. 8, federal data show oil imports from Iraq increased by about 75 percent from the previous week to 424,000 barrels per day.

Iraq is the No. 6 exporter to the United States. Canada is the top exporter with a four-week average of 3.1 million barrels per day.

As of Tuesday morning, there were still three refineries in the U.S. Gulf Coast region still closed because of the impact from Harvey, which made landfall in late August. At a combined capacity of 370,000 barrels per day, that represents about 2 percent of total U.S. refining capacity. The U.S. government has responded to market constrictions triggered by inclement weather by releasing oil from its strategic reserves.

Gazprom Neft offered no indication of the destination or reason for the milestone shipment from Iraq. The announcement was published late Tuesday.

Iraq is one of the largest producers in the Organization of Petroleum Exporting Countries. A committee monitoring the OPEC-led effort to bring the surplus for global crude oil inventories closer to the five-year average meets later this month to review the impact.

Iraqi Oil Minister Jabbar al-Luaibi said Tuesday there may be growing support for deeper production cuts from parties to the agreement. The International Energy Agency reported last week that OPEC production was already on the decline and the level of stocks for members of the Organization for Economic Cooperation and Development was only slightly above the five-year average.