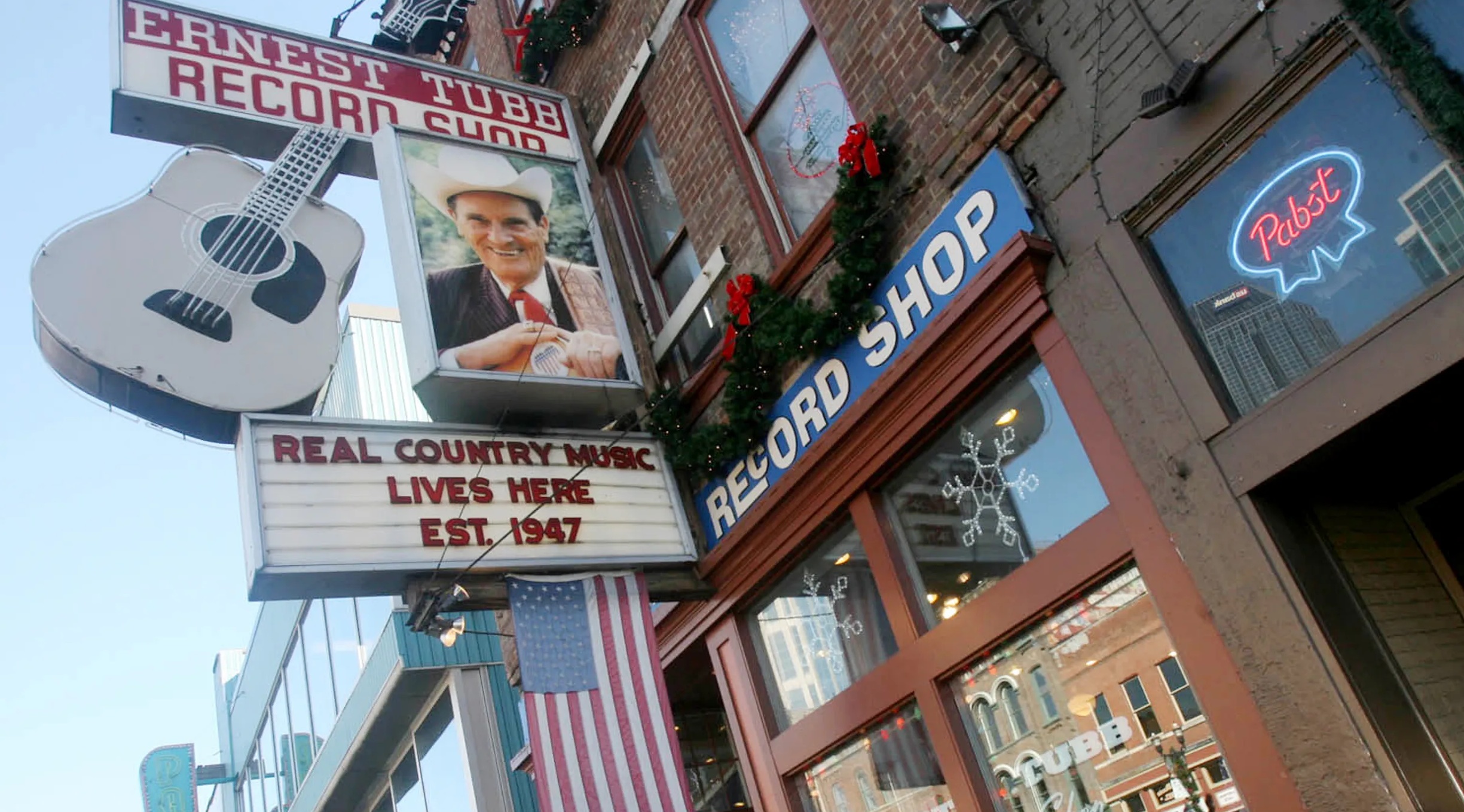 Photo: The sign of Ernest Tubb Record Shop, here Jan. of 2007, is an icon along Nashville Broadway downtown.  KAREN KRAFT / THE TENNESSEAN

The Ernest Tubb Record Shop — a lower Broadway location deeply connected to seven decades of country music history — is set to close this spring on an undisclosed date. As noted in a Facebook post made by the Honky Tonk Circus, ETRS, and David McCormick Company, the business and the building in which the business is housed will be sold.

“Due to changes in circumstances out of our control, it’s now clear the best way forward is to sell the business and the real estate,” notes the previously mentioned Facebook post made at 11 AM CST on March 11.

Details of the transaction were not immediately available.

News like this continues in the vein of reports that Music City’s downtown finances are booming — and returning to 2019 levels where tourism brought in a record-high amount of $23 billion in travel spending and $1.92 billion in state and local revenue taxes.

The Ernest Tubb Record Shop has been a stalwart lower Broadway tenant at 417 Broadway since 1951 when country star Ernest Tubb moved his store — where the “Texas Troubadour” is immortalized with a bronze statue unveiled in 1997 —  after initially opening on Commerce Street in 1947. Currently, the store stocks vinyl records, CDs, and also displays rare memorabilia from country superstars including Loretta Lynn, Tanya Tucker, and numerous others.

In August 2020, Jesse Lee Jones, the owner of Robert’s Western World (located directly across the street from Ernest Tubb’s), bought the building and the record shop business from his long-time friend David McCormick for $4.75 million.

This purchase allowed him to control two significant pieces of real estate that, as he noted in 2020, “protect, promote and preserve [the] great history [of traditional country music].”

From 1951 to 1995, Ernest Tubb Record Shop was the home of the Midnight Jamboree, an event where country stars would perform immediately after their Grand Ole Opry appearances. The showcase returned to the location in 2021 after a brief move to the Texas Troubadour Theater, near the Grand Ole Opry, on Music Valley Drive.

The Ernest Tubb Record Shop website claims the Jamboree was the second longest-running radio show in history. The program played an essential role in launching artists’ stardom, including Lynn and Tucker, plus was a favored haunt of performers including Patsy Cline, Porter Wagoner, Marty Stuart and Connie Smith.

In recent years, modern country stars like Kacey Musgraves hosted a free in-store performance and record signing at the shop in November 2016. Plus, Charley Crockett shot an on-stage performance in the space as part of his 2021-released video for throwback country single “Music City USA.”

The recent real estate boom has made significant news and waves in Music City and has been seismic on Broadway. For example, just three blocks away from Ernest Tubb’s country star John Rich sold and his investment partners sold the “Cotton Eyed Joe’s” property at 200 Broadway to an undisclosed buyer for $24.5 million in 2021 — a 32% profit after Rich and Atlanta-based The Ardent Cos. bought the building in 2019 for $18.5 million.

In recent news, the building Rich sold has recently been tied to the January 27, 2022 announcement that “Chief’s,” a six-story bar, BBQ restaurant and performance venue, will open in the old “Cotton Eyed Joe’s” property in 2023. This new venue results from a partnership from country music superstar Eric Church and Ben Weprin, founder of boutique real estate development group AJ Capital.

“Preserving the history and tradition of country music remains at the forefront of everything we do,” continues the Facebook statement by Honky Tonk Circus, ETRS, and David McCormick Company. “We remain committed to preservation work and look forward to new projects that will allow us to continue to protect and nurture the invaluable history and tradition of country music.”

Upon the announcement of the return of the Midnight Jamboree to Ernest Tubb Record Shop, Jones noted, “I am, completely, all about tradition. We’re keeping tradition in Nashville.”

There is no word yet regarding who is purchasing the Ernest Tubb space on 417 Broadway and how they could transform the location. However, a September 2021 statement from real estate agent Gaines Hanks, an associate at Nashville’s Lee & Associates, in regards to the six-story, 52,000 square foot Basin Alley Building — which houses the Nashville Underground honky-tonk at 105 Broadway — is telling in regards to the modernization coming to Broadway, and perhaps to Ernest Tubb Record Shop.

“Broadway is the epicenter of Nashville…[and] one of the hottest tourist destinations in the Southeast.”