With Facebook’s demons catching up to it, the real world will be hard for Mark Zuckerberg to escape no matter the sophistication of his virtual reality,

Photo: Mark Zuckerberg’s unspoken but transparent hope is that his new metaverse-orientated brands and products can be ring-fenced from the baggage of the social networks.. Photo: Getty Images

With Facebook’s demons catching up to it and a decade’s worth of mistakes to defend, the real world will be hard for Mark Zuckerberg to escape no matter the sophistication of his virtual reality, writes Matt Bartlett

It’s easy to lapse into quizzical scepticism, eyebrows arched, when you hear Facebook’s plan to create a ‘metaverse’ and expand online social networking ‘into three dimensions’. From rampant misinformation to online bullying and worse, you might imagine that Mark Zuckerberg has his hands full in two dimensions, without adding a third.

However, yesterday’s triumphant reveal left no doubt about the scope of Zuckerberg’s ambitions. Facebook Inc is now Meta Platforms Inc, and the company is squarely focused on pivoting into building a new virtual world, the eponymous ‘metaverse’.

‘Metaverse’ itself is a spectacularly unspecific word, which means different things depending on who you ask. At its simplest, a metaverse is the idea of a true virtual world. Just like you can move around, own things, and do your job in the real world, sci-fi writers for many years have imagined humans eventually doing the same in a virtual world.

Facebook has invested heavily in virtual reality technology like Oculus, a company that produces glasses and headsets that you can put on to experience a 3D virtual environment. Facebook’s vision of the metaverse is that everyone will use this kind of technology to enter a shared virtual world, where you can socialise and work together with others in a 3D space online.

Particularly for Aucklanders stuck working from home in a doom spiral of endless Zoom calls, the idea that anyone would actually choose to forgo an in-person social experience to inhabit a virtual room in the metaverse might be hard to imagine.

However, you don’t have to look very hard to see the seeds of a metaverse taking shape, particularly in the massive world of video games. Take Fortnite, a game best known for cartoonish violence and dance crazes. Fortnite has rapidly morphed from a game to a social network, with over 250 million users, and a majority of those citing Fortnite’s social elements as their main reason for ‘playing’. Fortnite’s developers have leaned into the idea that their game is a place to hang out as much as it is to shoot each other in a battle royale, creating new modes to do just that.

Artists as big as Ariana Grande, Marshmello and Travis Scott have played virtual concerts within Fortnite’s world, with millions of Fortnite players logging in to listen, moving their avatars in time with the music. Particularly in the context of a pandemic forcing most live shows around the world to cancel, it isn’t hard to see the benefit of virtual concerts for artists and fans alike. In this way, Fortnite serves as an embryonic case study of what Facebook touts as the future.

Jacob Novik told the Washington Postthat “when two million people watch the exact same event together… that is the closest you can get to, in my opinion, the definition of the Metaverse. If you think about where these worlds are going, where the earliest formats of content are going to be, this is it. It’s going to be a mix of game engines, interactivity and video.”

Fortnite and other hugely successful social games like Minecraft have already proven that people, particularly young people, are happy to have social and cultural experiences within a virtual world. Other building blocks of a prospective metaverse have also seen rapid growth. Digital assets on a blockchain, including cryptocurrency and non-fungible tokens (NFTs), have similarly seen huge adoption in the last year or two. People are increasingly willing to treat virtual money as real money, and value digital assets like NFTs even though they don’t ‘exist’ as physical objects in the real world. Even virtual land is a thing.

In other words, the virtual metaverse that Zuckerberg waxed lyrical about in the ‘Meta’ launch is not quite as futuristic and sci-fi as it might seem at first. In my view, Zuckerberg is directionally correct. When he says that the metaverse will eventually allow you “to do almost anything you can imagine — work, learn, play, shop, create — as well as completely new experiences”, I believe him. On the other hand, there are two sides to this pivot. The allure and potential of the metaverse are just part of the story. Facebook is also trying to execute an overdue retreat from its own poisoned brand.

It’s hard to know where to start with the cascading disasters that Facebook has had to confront this year alone, most caused by self-inflicted mistakes and a chaotic internal culture. The recently leaked ‘Facebook papers’ alone paint an ugly picture. A highlight reel of some of the findings include that the company failed to prevent literal slave markets from developing on Instagram, intentionally made it harder to report hate speech, and silenced internal dissenters, who warned that “history will not judge us kindly”.

The Facebook brand is toxic, or at the very least, irreparably tarnished. In July this year, President Joe Biden actually said that Facebook “was killing people”, alluding to the company allowing vaccine misinformation to proliferate (he later walked the statement back, but the damage was done).

This unrelenting torrent of negative press and critical coverage takes a toll. Surveys suggest that Facebook is the least trusted tech company, and 72 percent of Americans think that it has too much power. The company’s pivot to its new name, Meta, has to be understood in this context. While the applications themselves like Facebook and Instagram will retain their names, Zuckerberg’s unspoken but transparent hope is that his new metaverse-orientated brands and products can be ring-fenced from the baggage of the social networks. It is no given, of course, that this sleight of hand will actually work:

“Faced with a tsunami of evidence of irresponsible behaviour and possible criminal violations, Facebook is desperate to change the subject” — Roger McNamee

There’s also the small question of regulatory duress. Facebook is facing serious pressure in terms of anti-trust (anti-competition) law, with American regulators alleging that Facebook has abused its power to create a monopoly around social networking. Whether or not those lawsuits are successful, the unyielding pressure carries serious consequences. Facebook’s ambitious plans in 2019 to launch its own cryptocurrency, Libra, were crushed following pushback from politicians and regulators. In the context of this legal and regulatory heat, it is hard to see lawmakers sit back if Facebook takes pole position in the construction of a ubiquitous metaverse.

Overall, Facebook’s pivot to the metaverse is one of the boldest transitions we have seen attempted by a technology company, and it will be fascinating to watch. I do think we’ll eventually arrive at some form of metaverse, with a ubiquitous virtual world where most people spend most of their time and money (the internet, of course, is a handy starting point for this). However, that doesn’t mean that Facebook will necessarily get to rule this new frontier, no matter their intent to “bring the metaverse to life”.

With Facebook’s demons catching up to it and a decade’s worth of mistakes to defend, the real world will be hard for Zuckerberg to escape no matter the sophistication of his virtual reality. 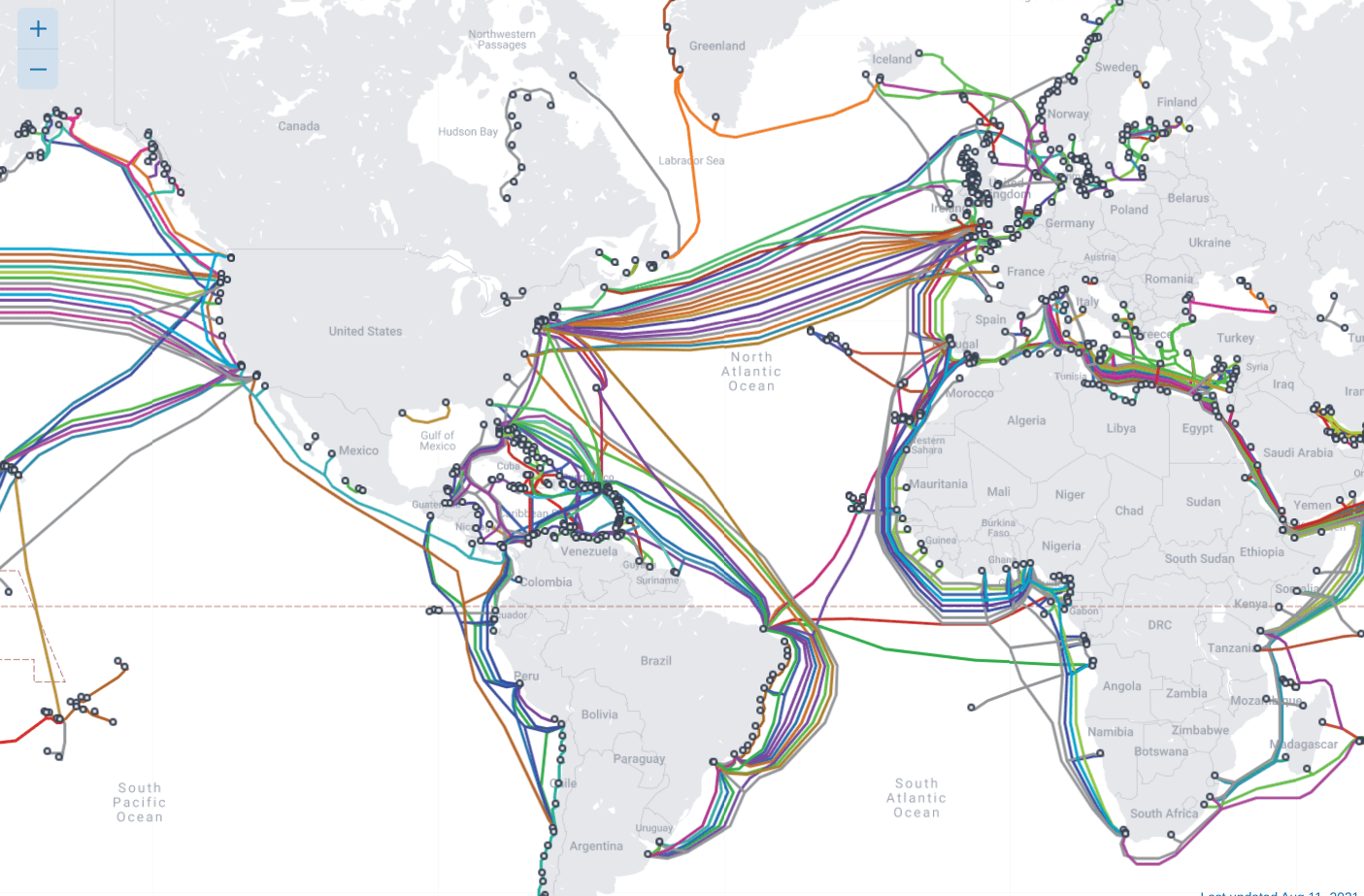 Amid the Capitol turmoil, Facebook faced its own insurrection  Capitol Riots 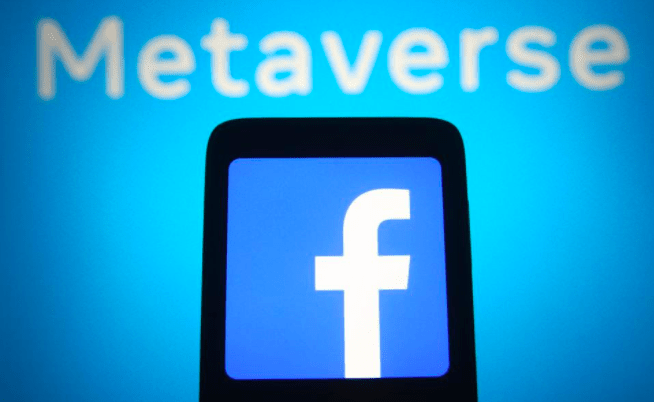 The State of Law In The Metaverse  copyright