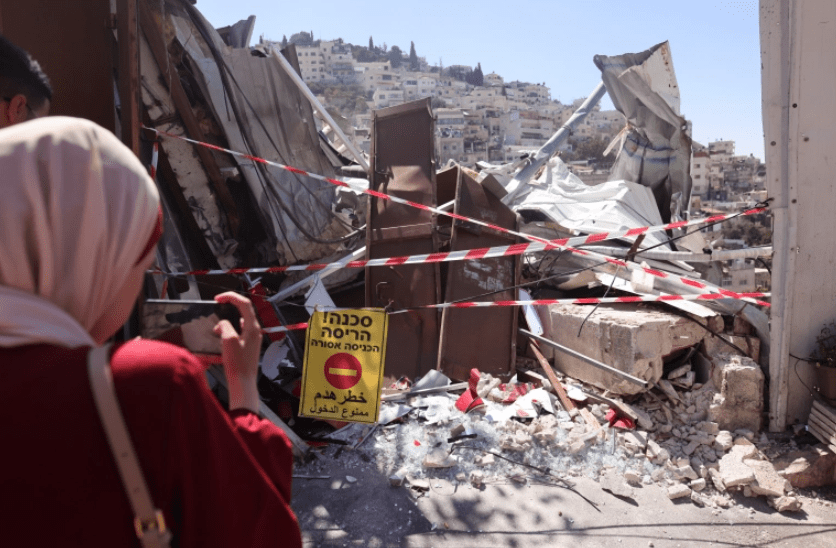 Photo: Palestinian residents stand by the rubble of a shop demolished by Israeli authorities in the occupied East Jerusalem neighbourhood of Silwan [Ahmad Gharabil/AFP]

Violence erupted after the demolition of a Palestinian business by Israeli forces began in the al-Bustan area of the occupied East Jerusalem neighbourhood of Silwan on Tuesday.

Israeli forces accompanied by bulldozers entered the Palestinian neighbourhood and destroyed a butcher’s shop in Silwan. Soldiers used tear gas and batons to push back residents and Palestinian activists as they carried out the demolition.

At least four Palestinians were injured in the confrontations, according to the Palestine Red Crescent.

“We spoke to the family [that owned the butchery] and they said Israeli forces came in and attacked them using tear gas and other means – a violent start to these demolitions. But this is not just about one shop. There are 20 other units that are in the same situation in this neighbourhood,” he said.

On June 7, the Jerusalem municipality issued a series of demolition orders to residents of the al-Bustan area in Silwan.

The 13 families affected, consisting of some 130 people, were given 21 days to evacuate and demolish their houses themselves. Failure to do so would mean the municipality would destroy the houses and families would have to cover the demolition costs – an estimated $6,000.

“This is how it works in occupied East Jerusalem,” said Fawcett. “Families are given a 21-day order which says either demolish your own home once this order has lapsed, or we will do it and then charge you a fine for the trouble of having to demolish your home.”

He added an Israeli law has made it difficult for Palestinian families to appeal the demolition orders before the courts.

Since 2005, residents of al-Bustan have received warnings to demolish nearly 90 homes under the pretext of building without a permit, in favour of an Israeli settler organisation that seeks to turn the land into a national park and link it to the archaeological City of David area.

According to Grassroots Jerusalem, a Palestinian NGO, both home demolitions and court-ordered forced displacements are tactics used to expel Palestinian residents.

In a statement earlier this month, Palestinian rights organisation Al-Haq said Palestinians in East Jerusalem make up the majority of the population, but “Israeli zoning laws have allocated 35 percent of the land area for the construction of illegal settlements by Israeli settlers”.

Another 52 percent of the land area has been “allocated as ‘green areas’ and ‘unplanned areas’ in which construction is prohibited”, it said.

Silwan is located to the south of Jerusalem’s Old City, adjacent to its walls.

At least 33,000 Palestinians live in the neighbourhood, which has been targeted by Israeli settler organisations for years. In some cases, Palestinian residents have been forced to share homes with settlers.

Some of these Palestinian families have been living in Silwan for more than 50 years since they were displaced from the Old City in the 1960s.

In 2001, Ateret Cohanim, an Israeli settler organisation that aims to acquire land and increase the Jewish presence in East Jerusalem, took control of a historic Jewish land trust.

Established in the 19th century, the trust bought land in the area to relocate Yemeni Jews at the time. The settler organisation has claimed in court the trust it controls owns the land.

‘Refugees for the second time’

Under Israeli law, if Jews can prove that their families lived in East Jerusalem before the establishment of Israel in 1948, they can request the “return” of their property, even if Palestinian families have been living there for decades.

The law only applies to Israelis, and Palestinians do not have the same rights under it.

“There’s a clear discrimination here where Jews can claim back any property that they claim they owned in the past prior to 1948, while Palestinians who lost their homeland in 500 villages inside Israel, including West Jerusalem, cannot claim back their property,” Mohammed Dahleh, a lawyer representing some of the Silwan families, told Al Jazeera.

“Those families cannot claim back their properties, although they hold Israeli identity cards and are considered as residents of the state of Israel by Israeli law,” he continued.

“This means that this community, if the Israeli courts eventually approve this kind of forcible displacement, will become refugees for the second time.” 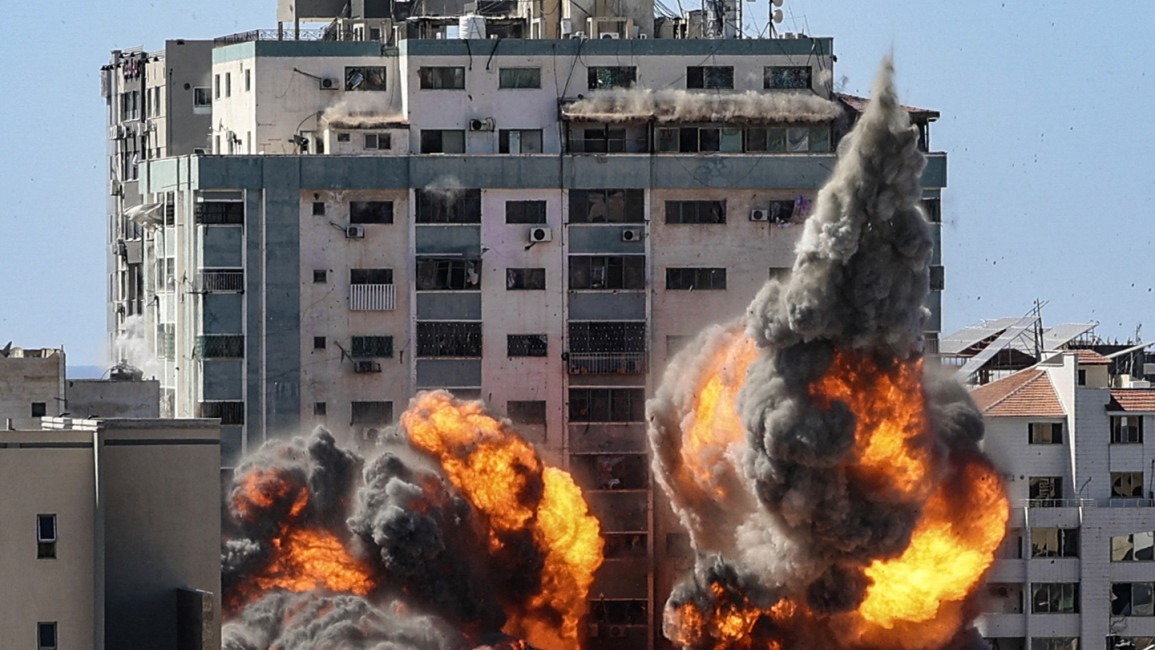 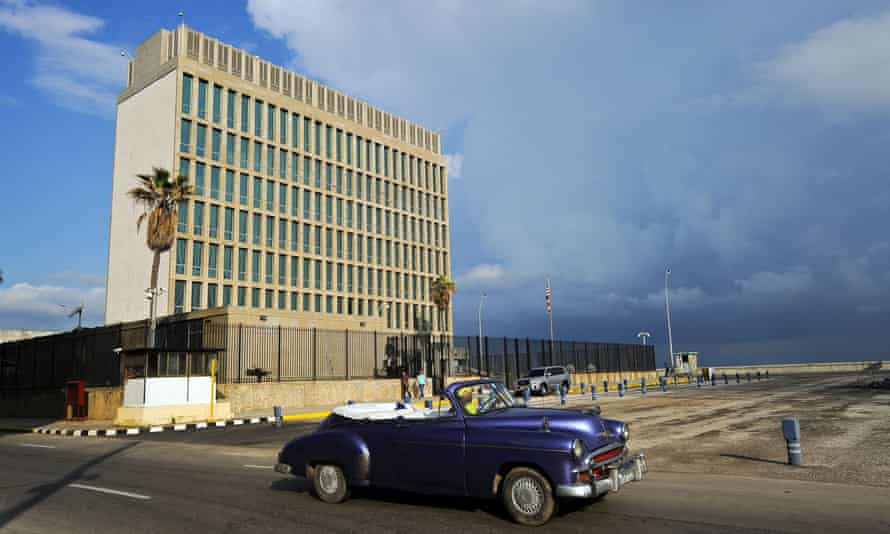 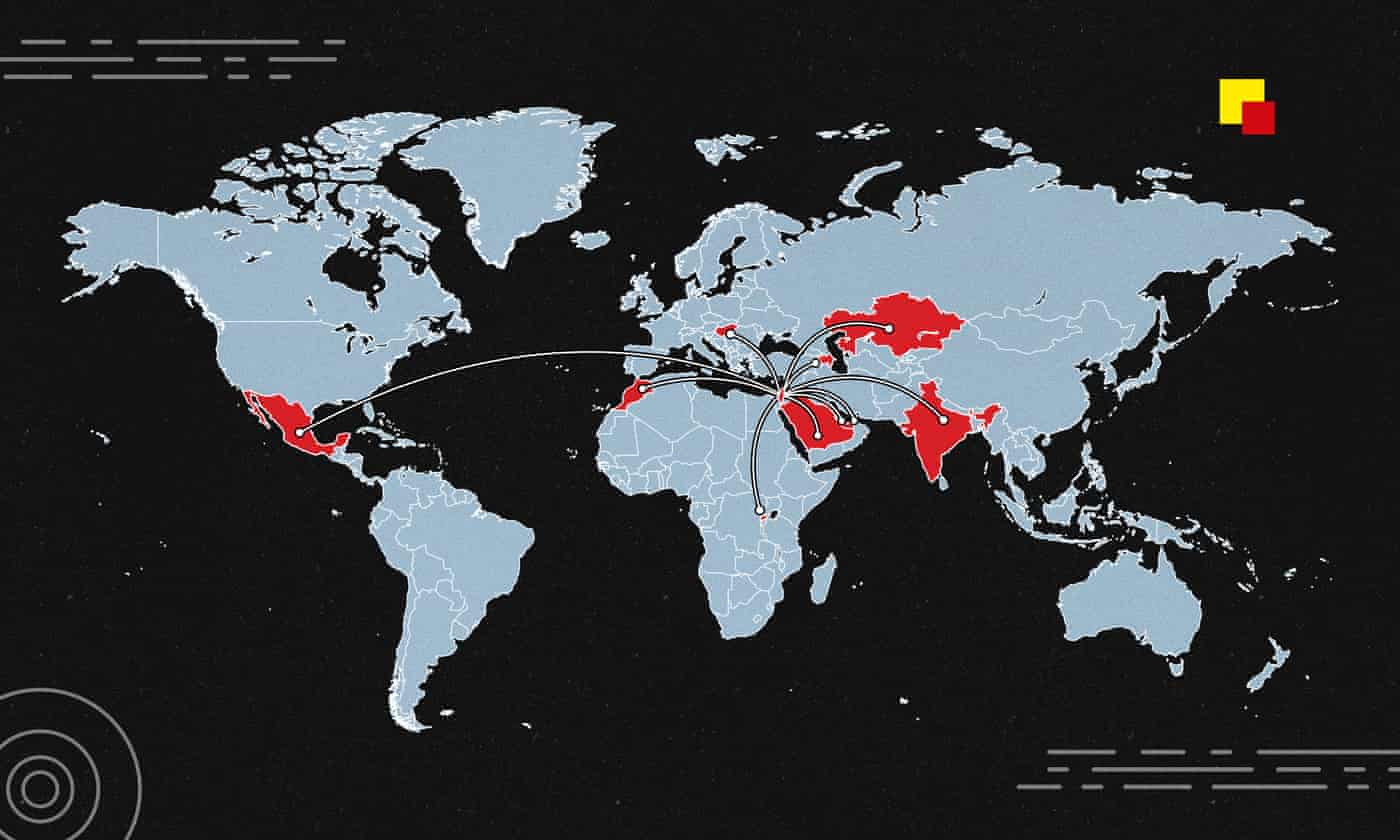 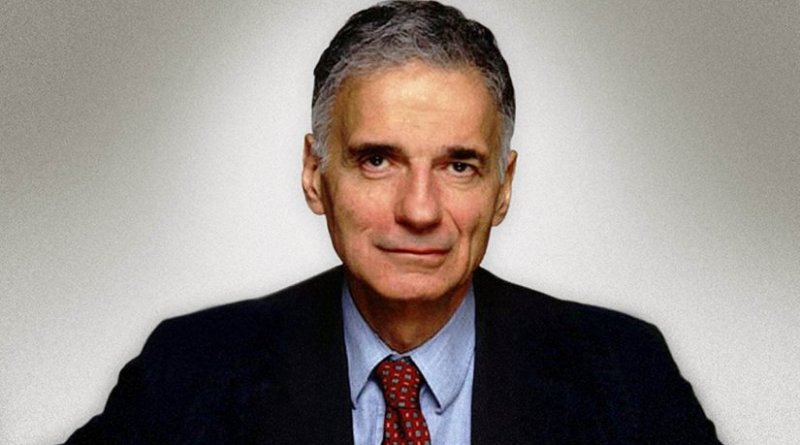 Ralph Nader: Here are some stories the media ‘missed’ israel 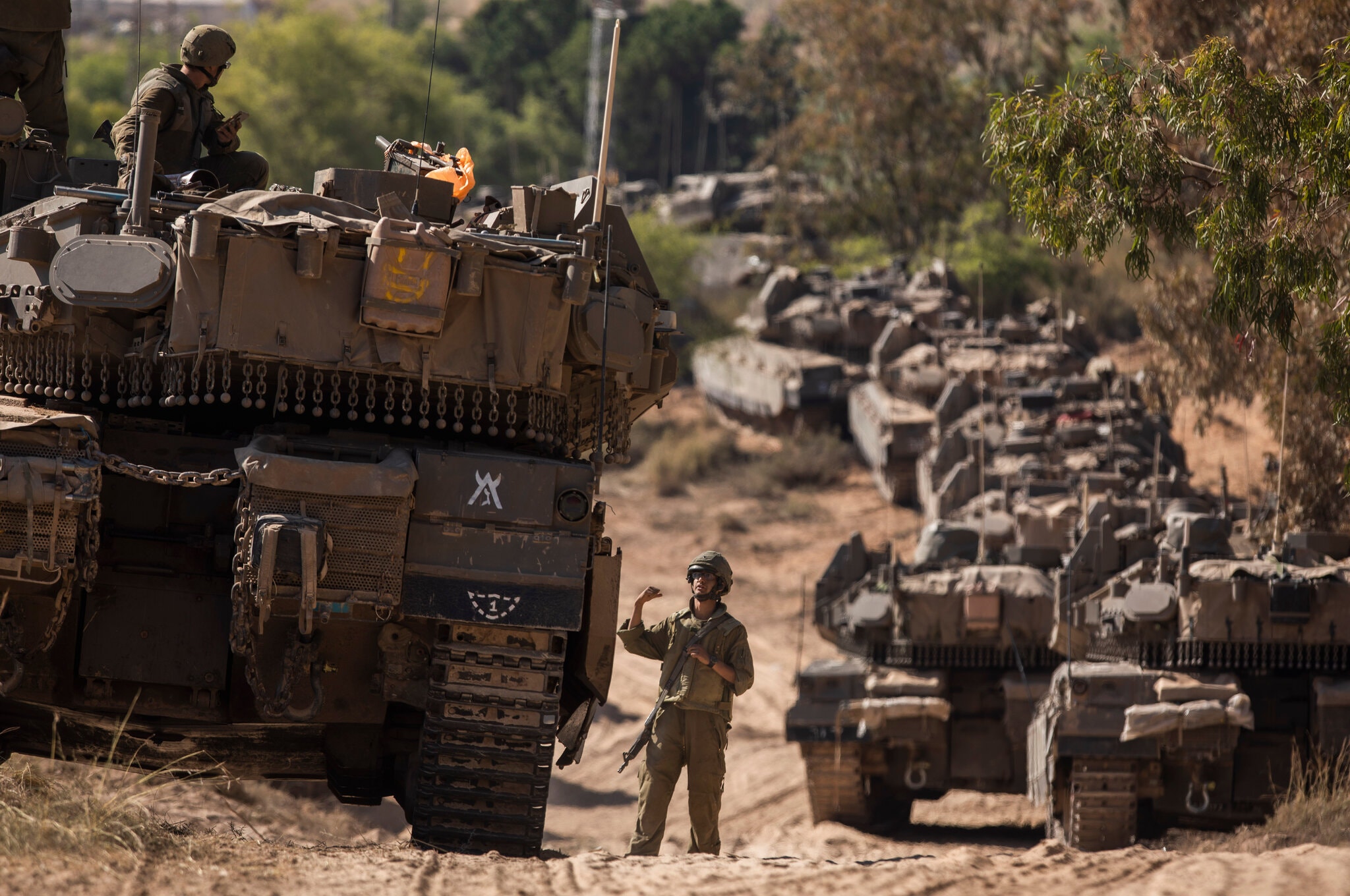